Hey there - is this thing on?

Don't get me wrong - lots of GOOD things happened. Work is great.  My home is great.  I'm seeing a wonderful guy.  Most importantly, B is great!

The #1 best thing that happened in 2012 - and just under the wire - I'm divorced!!  I know it sounds terrible to make that a good thing that happened, but it was something that should have happened a LONG time ago.  I'm not against marriage, don't get me wrong, I'm just against marrying the wrong person.  I feel like a huge weight has been lifted from my shoulders and that I am finally living an authentic life.

But the best thing I got from my marriage was Miss B - ain't she just the coolest (I know all moms say this, but I think THIS photo proves that maybe I'm not merely biased:
Only this child could pull of being this bad-ass  We went out to dinner the night I took this and on the way back to our hotel, we got out of our cab, and someone on the street looked at her and gasped "She is SOOO San Francisco!".  Love her!

We had an allergy checkup in December that showed B's allergy as definitely NOT being gone.  PLUS we added cats officially to the allergy list.  Oh well.  At least we haven't added any foods - and we were reaction free in 2012 - well at least peanut allergy wise - woohoo!

I think the thing that 2012 taught me most was that you can never get too comfortable with anything or assume anything.  Case(s) in point:


But you know what?  I have ZERO regrets about how things have gone down.  I'm so much happier, and lighter now that I know where things stand (plus un-friending on Facebook helps!).  Quality over quantity!

So now, I'm starting with a clean slate for 2013.  I'm figuratively burning the sage around here to cleanse my life, my heart, and my most important my attitude about things (this, especially, spoke to me).  I'm responsible for me this year, no one else is.

And that, friends, is my rant.

Yeah, I know this didn't have much to do with Peanut Allergy on the surface, but my divorce isn't much different from peanut allergy.  It's a crap hand to have dealt to you and what makes all the difference is how you handle it. No one understands it until they've been through it, family and friends disappoint you like crazy, and you feel alone. A lot.

But you figure out your way, slowly, until that pinhole at the end of the tunnel gets bigger and bigger.

And it's light again.

Happy Clean Slate and thanks for being so real and honest. By the Way, I grew up in the San Francisco Bay Area and yes, your daughter does look sooooooo City!

You're a good mom!

I raise my glass of soy milk in honor of you new and fabulous year!

Just found your blog today and am loving how open you are!! We're in the north bay as well (about an hour north of you).

Best of luck in 2013! I've vowed this is MY year and that it's going to be AWESOME. But...January pretty much sucked crapballs. Maybe I was referring to Chinese New Year? Anyhoo...lots of peanut free love being sent you way!

Im fr.o.m. Sweden and i found your blog since im too very deadly allergic to peanuts. Nice blog.

Hi there. I just found this website from googling peanut-free candy.

My daughter is 5, and according to her pediatrician is in the top 98% of peanut allergy rankings amongst kids, so we have to be super careful.

Like yourself, I am going through divorce. The process is horrible. 1st court date is on the 25th of March. I've never felt more lonely in my life :(

Oh no, Chistina, I'm so sorry! Friend me on Facebook - I'm on there all the time - we can bond! It seems like you won't get through this in one piece, but you will, I promise xoxo

Want to Stay up to Date on the goings on of the Peanut Free Mama beyond the Blog? Sign up Here!

Add PFM to Your Feed Reader

Why I Do This 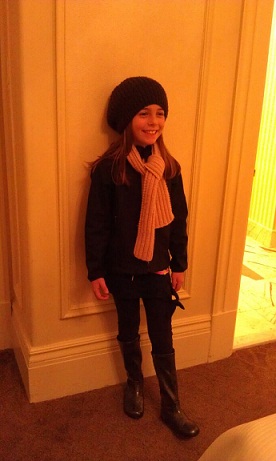 She's the reason for everything...